Get Tweets from Your Oven

LOUISVILLE, Ky., — June 9, 2015 — (NYSE: GE) GE Appliances is announcing a new relationship with IFTTT, a service that allows users to connect Internet services and their devices using a simple statement formation — if this, then that (IFTTT).  “If the oven is preheated, then send me an email.” “If the oven is done cooking, then send me a direct message on Twitter.” These IFTTT examples, called “recipes,” offer a glimpse of the many new ways appliance owners can use the full potential of a connected appliance like GE Café™ and Profile™ ovens. 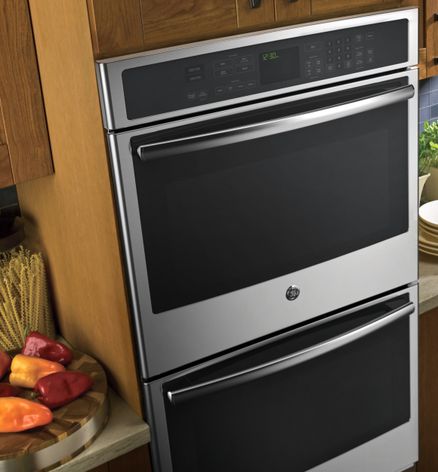 Six recipes ready to use
GE Appliances has already taken the lead and created a few recipes IFTTT users can copy.

Coinciding with GE Appliance's plan to release a full suite of Internet connected appliances, the GE Appliances Cooking channel will be followed by a complete line of IFTTT channels to complement the upcoming GE WiFi Connect product line.

About IFTTT
IFTTT is a service that lets you create powerful connections with one simple statement — if this, then that. The IFTTT community can create if this then that connections, called recipes, between lots of different applications, called channels, including Facebook, Twitter, Dropbox, Evernote, Gmail and others. IFTTT also works with devices like the Nest Thermostat and Protect, Fitbit, UP wristband by Jawbone, and the Philips Hue bulb. For a more comprehensive overview of IFTTT, see our about page.