IoT Made Simple: GE First Manufacturer to Have Suite of Connected Appliances on IFTTT

LOUISVILLE, Ky.—May 5, 2016—The connected suite is officially complete: GE Appliances has announced the release of three new channels on “If This Then That” (IFTTT), doubling their existing IFTTT presence from three channels to six and making GE Appliances the first appliance manufacturer to have its entire appliance suite on the platform. 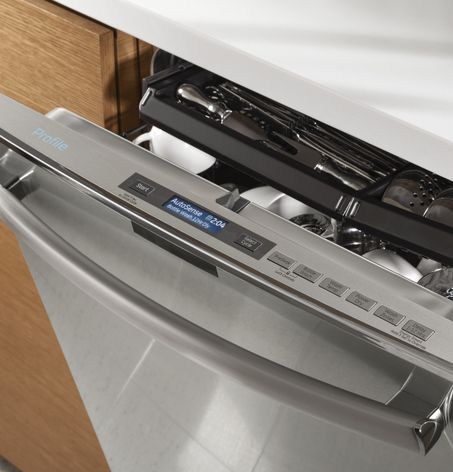 GE Appliances has announced three new channels—washer, dryer and dishwasher—to IFTTT, making them the first appliance manufacturer to have its entire appliance suite on the platform.

For example, the functionality could have smart lights blink when the washer has 10 minutes left on the timer, or anytime the wall oven is on, a smart thermostat can tell the HVAC fan to turn on.

“Having the full suite available on IFTTT allows consumers to stay on top of their home appliances in new ways that are created just for them and their lifestyle,” said Brett Luckabaugh, connected appliances scrum master at GE Appliances. “With six GE Appliances channels on IFTTT there are endless possibilities for consumers to create new recipes, giving them more control over their smart home.”

Today, GE Appliances has over 400 connected users across its multiple IFTTT channels, resulting in more than 3,000 “recipes” (commands) running each week.

One of the most interesting features of IFTTT is that users can use GE Appliances’ featured “recipes,” or create their own, allowing for the connected appliances to integrate with other Internet of Things-enabled products. IFTTT opens the door to the possibilities of how users operate their GE Appliances products as well as their everyday lives.

“It’s exciting to see GE Appliances bring their vision of a richer, more connected home to life with IFTTT,” said Anne Mercogliano, VP of marketing for IFTTT. “Having their entire suite of smart appliances on the platform creates new connections for the hundreds of existing apps and devices on IFTTT that give the power to users to tailor their world to what is important to them."

Consumers with connected GE Appliances products can check out the showcased “recipe” IFTTT channels below:

To learn more about connected appliances and their capabilities, visit the GE Wi-Fi Connect page.

About IFTTT
IFTTT is a service that lets you create powerful connections with one simple statement — if this, then that. The IFTTT community can create if this then that connections, called recipes, between lots of different applications, called Channels, including Facebook, Twitter, Dropbox, Evernote, Gmail and others. IFTTT also works with devices like the Nest Thermostat and Protect, Fitbit, UP wristband by Jawbone, and the Philips Hue bulb. For a more comprehensive overview of IFTTT, see our about page.